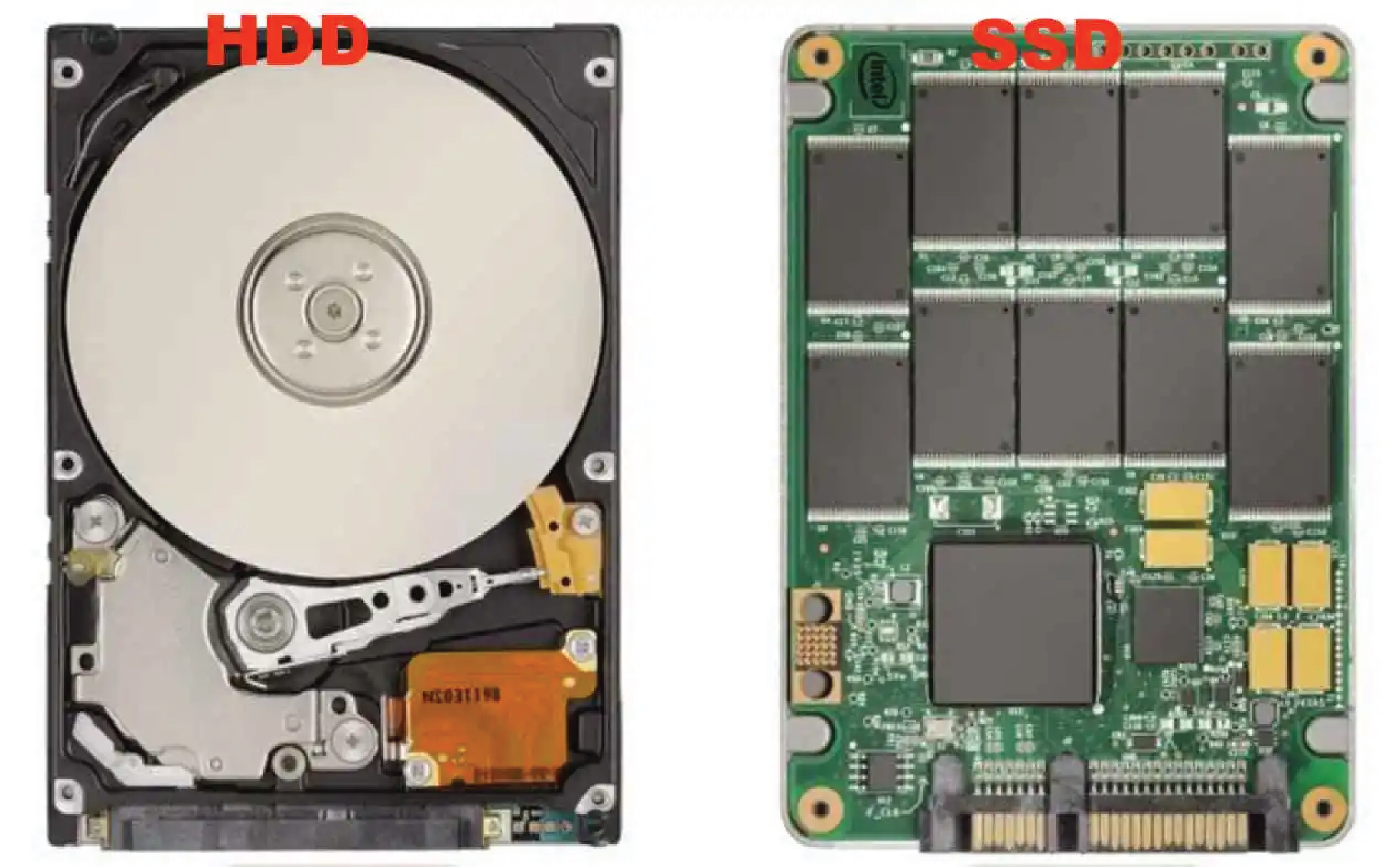 Storage devices have come a long way since the dawn of computers. How our devices store data now is vastly different from what it was when computers were first popularized in the workplace.

A lot of companies alter their work processes to accommodate the change in external computer parts such as obsolete hardware and software. However, many companies fail to alter their strategy and procedures when the internal components of the devices evolve to improve functionality.

This is large because the average person is more likely to notice improvements in what they can see and interact with, rather than the internal workings of the device. They may pick up on things like faster performance and reduced noise, but they are not likely to understand the inner workings of why and how these improvements came to be, and how they affect their current operating procedures.

Hard drive disks, commonly referred to as HDDs, primarily differ from solid-state drives (SSDs) in regards to how data is added or written to the device, as we shall outline further below.

Hard drive disks use the same style of electro-magnetic technology that debit and credit card strips use. With HDD A series of disks (referred to as platters) coated in a magnetic material is rotated at a high speed while the read/write arm follows the commands needed to read or write information, which provides you with everything you need, such as programs or documents stored on the device.

When you save files, the hard drive magnetically writes a binary code for the files onto storage cells located on the platters. This way, the drive can read the code later, recognize the code used to store the document, and pull the document up again.

The only commands that a traditional hard drive has been “read” or “write.” This means that there is no delete or erases command. If you “delete” a file or a program on your computer that uses HDD, you are telling the drive to treat the space like blank space. Essentially, you’re just ignoring the file or files until the hard drive fills that space with new information. Because of this, the information is still there until new information is written over it. This is why files on hard drives are often easily recovered after they’ve been “deleted” (assuming that they have not been overwritten already).

SSDs differ from HDDs in how they store the data saved on the device. However, as mentioned earlier, this difference is not as noticeable when you save, delete, or move documents.

Unlike an HDD drive, which uses magnetic features, SSDs store and retrieve data using only electronic circuits, without the use of any moving parts, i.e., nothing in SSDs moves. So how exactly do SDDs work? Like HDDs, the drive has read and write functionality, but it also has the ability to erase data. However, this doesn’t mean that your files are removed just because you used the delete command. Unlike HDDs, where a magnetic pattern is created every time data is saved, with SDDs, the data is electronically programmed into the storage cell. These cells are organized into page-like formats. These pages are then grouped into sections known as blocks that can only be written into once fully, and then they have to be completely erased and re-written.

An interesting thing about SSDs’ delete feature is that every time data on a block is erased, this causes slight wear and tear on the drive. This shouldn’t worry you, however, as SSDs are programmed in such a way that data will be stored on newer blocks (if available) before they are stored on older blocks, which reduces or levels out the wear and tear aspect. With this in mind, it is important to remember that there may be copies of your “deleted data” on the drive.

So what does this have to do with the destruction?

Physical destruction has been and continues to be the best way to dispose of digital storage. This is because the drives are actually damaged beyond repair, as long as extra care is taken to make sure the tiny storage chips are completely eradicated.

Software-based destruction is more viable for HDD-based media as compared to SDD-based media. This is because the overwriting features of HDD make it a lot easier to overwrite existing data using software, making it unrecoverable. On the other hand, since SDDs are designed to create new data blocks rather than overwrite exciting data so as to avoid wear and tear, software-based erasure is not a good fit as there is no way to control the specific region in the old data was written on.

The same goes for degaussing (read our hard drive destruction article to learn more about degaussing). In summary, degaussing uses strong magnetic fields to render storage media useless, which works better for HDDs as the data is stored magnetically. For SDDs, on the other hand, where the data is stored electronically, a degausser may not do a thorough job of data eradication, leaving you exposed to data breach risks.

Seeing that more and more device manufacturers are leaning towards the use of SSDs, it is important that your data and asset disposal strategies clearly outline the best destruction procedures for both.

We offer document scanning services, off-site document storage,
medical records, castodian services and document management software.
Its our goal to help organizations reduce costs, improve efficiency and start to
deliver on the promise of the paperless office. Our services address all of your
records management needs, so that you can focus on creating value
for your business